Have You Been To These Haunted Lexington Destinations 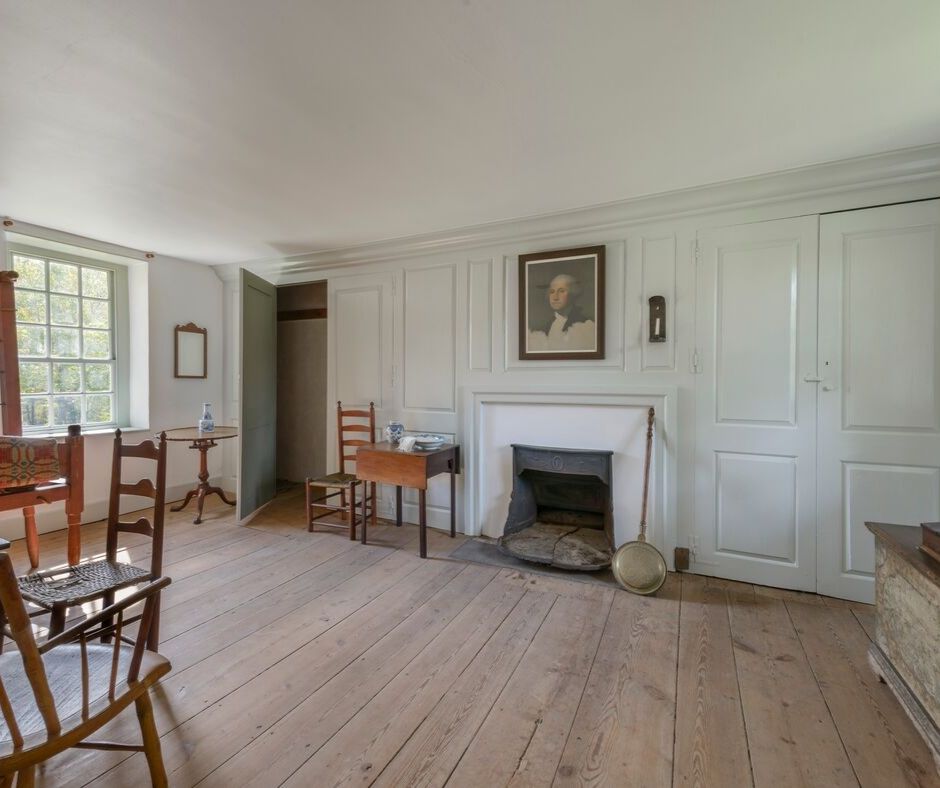 Lexington is located in the Bluegrass region of Kentucky and is the second-largest city in the state.

The city was founded in 1775 and pre-dates the state of Kentucky, which was established in 1792, by seventeen years. Which means there are a whole lot of haunted Lexington destinations.

Although founded in 1775, there was no permanent settlement in the area until around 1779.

Nevertheless, the city now has well over two centuries of history behind it and it this time has seen many things.

All cities have a few places of note in them and in this respect, Lexington is no different.

In terms of the supernatural, Lexington has a number of notable places and if you are going ghost hunting in the city, the following places can be some of the best to check out.

The Hunt Morgan House is a tourist attraction located at 201North Mill Street in Lexington.

It is almost 200 years old having been originally constructed in 1814. It is a beautiful example of a Federal-style building.

Although it had fallen into disrepair over the years and was to be demolished it was saved and restored by the Blue Grass Trust which now owns and operates the building as a museum.

It was originally the home of the Hunt-Morgan family who was famous in Kentucky history.

The house also has a reputation for being haunted. John Wesley Hunt was one of the owners of the property and he died suddenly of cholera in 1849.

His spirit has been seen walking down the halls of the home. Hunt’s children had a nanny called Bouviette James who looked after them.

She stayed with the family until her death and her spirit is said to appear too sick children giving them comfort and singing to them.

She is recognized by her distinctive red shoes which were are present to her from the Hunt family. If you take a tour of the home, watch out for these two apparitions.

The George Clark House bed & breakfast is still in operation and gives you the chance to spend a night in a haunted house in Lexington.

The guest house is located at 136 Woodland Avenue in the city and is a fine example of a Victorian-style building.

It was originally constructed in the 1890s, remains fitted out in 1890’s style throughout and you will be transported back to this time if you stay there.

However, you need to watch out for the ghost of one of the former owners.

George Clark and his family lived in the house in the early 1900’s. When his wife Julie fell ill he sold the house and moved to Oklahoma where the air was said to have curative effects and would be better for his wife.

Sadly, she did not recover and died in Oklahoma a short time after.

Although Clark and his family moved back to Lexington, Julie was buried in Oklahoma and her body was never returned to Lexington.

It would seem though that in death she came back to the home she loved and her spirit is now in residence in the guest house.

A few people have claimed to have seen her in the main hallway of the home while others have reputedly heard her laughter.

Julie’s room in the guesthouse is called the Augustine Room and many people who have stayed in this room have claimed to be visited by her.

So if you stay in the guest house keep an eye out for Julie, especially in the Augustine Room.

This building is a fine example of the gothic revival style and was constructed for Francis Key Hunt in 1850 which provides a link with the Hunt-Morgan house.

It certainly looks the part of a haunted house and is filled with towers, vaults, diamond-shaped windows, and other unique architectural features.

The ghost stories associated with the house include the spirit of a Victorian woman who is said to haunt the western side of the property.

The apparition of a black cat has also reputedly been seen on occasions. The smell of a floral perfume is also said to sometimes fill one of the rooms and ballroom music is also sometimes heard in the house.

The former dining room is also said to have the spirit of a Victorian woman in it which has be seen by a number of people.

This building was originally a home in the city although is now a restaurant.

Many strange occurrences have happened there and staff at the restaurant has reported objects mysteriously moving, lights coming on and off by themselves and fires turning themselves on.

One of the stories revolves around a teenage girl who reputedly hung herself in one of the rooms after she was stood up for a date.

The blue room in the restaurant was where this happened and many people have reported strange flickering of the lights and candles in this room.

It is also said that the spirit of the girl would slam the shutters and sway the chandeliers if she was made angry.

This university located in Lexington is consistently noted as one of the top liberal arts universities in America.

It is located at 300 North Broadway and has a long history having been founded as far back as 1780.

It has links with a number of famous names in American history including George Washington, Thomas Jefferson and Aaron Burr.

However, it also has a haunted reputation. One of the stories revolves around a suicide which is reputed to have happened in the university dorm.

The spirit still remains and people have woken up to find a ghostly figure in a pair of gym shorts standing at the bottom of their bed.

A professor who worked at the university in the early 1800’s was also said to have put a curse on the University after he was fired.

This is still celebrated to this day during Halloween week at the university.

If you enjoy ghost stories and hauntings then Lexington is a great place to visit.

The five places named above are only a few of the haunted places in the city and if you want to see a ghost it can be one of the best places to visit in the country.

Filed Under: Ghostly Places, Latest
Explore the Paranormal in Vermont at these Haunted Attractions
Looking For Ghosts in Haunted Northern California